Below are a few samples from the category, Books.
To see the full set of articles, you must become a YourStream subscriber. 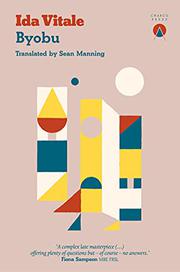 1. BYOBU
Uruguayan writer Vitale's first novel to be translated into English is, in many ways, a novel of abstractions. There is a main characterof sortsnamed Byobu, and the novel (such as it is) consists of his thoughts (such as they are).
Kirkus Reviews  < more
5 hrs ago

2. Alice Sebold apologizes to man cleared of 1981 rape featured in her memoir
Author struggles with role she played 'within a system that sent an innocent man to jail' after Anthony Broadwater, 61, exonerated The author Alice Sebold apologized on Tuesday to the man who was exonerated last week of the 1981 rape that was the basis for her memoir Lucky. Sebold said she was . . .
Books (NYT)  < more
15 hrs ago

3. The Best Books of 2021
Editors at The Times Book Review choose the best fiction and nonfiction titles this year.
Books (NYT)  < more
19 hrs ago