Below are a few samples from the source, The White House (NYT).
To see the full set of articles, you must become a YourStream subscriber.
Guantnamo Bay: Beyond the Prison
With 6,000 residents and the feel of a college campus, the U.S. Navy base has some of the trappings of small-town America, and some of a police state.
14 hrs ago 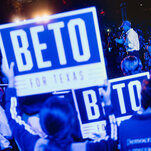 That 'Team Beto' Fund-Raising Email? It Might Not Be From Beto.
Mimicking official correspondence is an age-old marketing trick. But look-alike emails suggesting links to Beto O'Rourke's campaign for governor show the tactic has accelerated in the digital era.
16 hrs ago 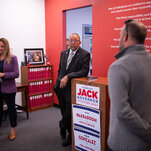 Edward Durr Jr.: The Trump Republican Who's Riding High in New Jersey
If anything, my election showed nobody's untouchable, said Edward Durr Jr., who pulled off a stunning victory to win a New Jersey State Senate seat.
1 day ago