Below are a few samples from the category, Space Exploration.
To see the full set of articles, you must become a YourStream subscriber.
VIDEO: SPACEX TEST-FIRES ROCKET FOR CREW LAUNCH
SpaceX test-fired the Falcon 9 rocket early Saturday ahead of launch with the next four astronauts heading to the International Space Station. The static fire test before sunrise Saturday in Florida was a major step toward liftoff Thursday.
UPSTART SPACEX WILL FERRY NASA ASTRONAUTS TO THE MOON'S SURFACE ON STARSHIP
NASA has selected SpaceX's Starship to ferry astronauts from lunar orbit to the surface as part of the Artemis program. It is a significant victory in the history of upstart . The post Upstart SpaceX will ferry NASA astronauts to the Moons surface on Starship appeared first on SpaceQ. 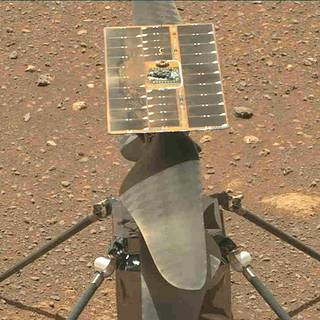 NASA TO ATTEMPT FIRST CONTROLLED FLIGHT ON MARS AS SOON AS MONDAY
NASA is targeting no earlier than Monday, April 19, for the first flight of its Ingenuity Mars Helicopter at approximately 3:30 a.m. EDT (12:30 a.