Below are a few samples from the category, Law.
To see the full set of articles, you must become a YourStream subscriber.
SUPREME COURT TOSSES RED STATES' CHALLENGE TO AFFORDABLE CARE ACT
In a 7-2 decision, the justices found that the Republican attorneys general seeking to overturn Obamacare lacked standing to sue.
SUPREME COURT SHOOTS DOWN CHILD SLAVERY LAWSUIT AGAINST NESTLE AND CARGILL
The justices noted that, even after 15 years of litigation, the plaintiffs could not demonstrate that either company knew that certain cocoa farms and cooperatives used child labor. 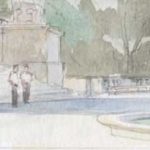 FROM THE COURT, A VINDICATION OF FAITH-BASED SERVICE. FROM ALITO, A BLUEPRINT FOR THE FUTURE.
This article is part of a symposium on the court's decision in Fulton v. City of Philadelphia. Andrea Picciotti-Bayer is the director of the Conscience Project and previously was the legal adviser to the Catholic Association.