Below are a few samples from the category, South American News.
To see the full set of articles, you must become a YourStream subscriber.
FEAR STALKS HAITIANS AS THEIR MURDERED PRESIDENT IS BURIED AND GANGS TERRORIZE THE CAPITAL
As Haiti's elite lay their assassinated president to rest, many terrified residents in Port-au-Prince have far more pressing issues on their minds as gang violence brutalizes the capital. 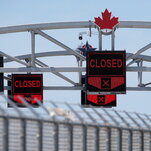 COUNTDOWN BEGINS FOR CANADA-U.S. BORDER REOPENING
Canada said this week that most restrictions on fully vaccinated American travelers will be lifted in early August. But the U.S. 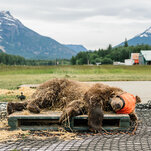 IT'S A GRIZZLY BEAR SURVIVAL PROGRAM. FOR GRIZZLY BEARS.
In British Columbia, researchers have undertaken a unique challenge: tracking orphan grizzly cubs, reared in a shelter, to see whether they can thrive back in the wild.