Below are a few samples from the source, The White House (NYT).
To see the full set of articles, you must become a YourStream subscriber. 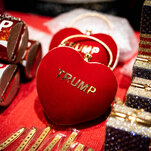 TRUMPISM GRIPS A POST-POLICY G.O.P. AS TRADITIONAL CONSERVATISM FADES
Despite falling from power in Washington, the Republican Party has done little soul-searching or reflection on a new agenda, instead focusing on attacking Democrats and the news media. 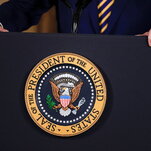 WHERE BIDEN'S FOREIGN POLICY IS TAKING THE U.S.
The president diverges from both Donald Trump and Barack Obama with a complex vision of coalition-building. 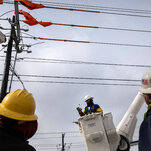 AFTER STIMULUS, BIDEN TO TACKLE ANOTHER POLITICALLY TRICKY ISSUE: INFRASTRUCTURE
Strengthening the country's highways, bridges and broadband networks has broad popular support, but Washington remains bitterly divided on the details.