Below are a few samples from the source, Americas, The (NYT).
To see the full set of articles, you must become a YourStream subscriber. 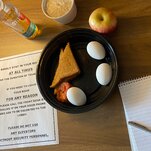 MY NIGHT IN A CANADIAN QUARANTINE HOTEL
I was beginning a prison sentence at a Canadian Alcatraz. A Times reporter returning from Europe experiences isolation, panic and a touch of luxury at a quarantine hotel near Toronto's airport. 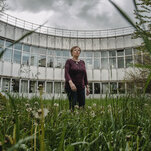 SHE FELL NEARLY 2 MILES, AND WALKED AWAY
At 17, biologist Juliane Diller was the sole survivor of a plane crash in the Amazon. Fifty years later she still runs Panguana, a research station founded by her parents in Peru. 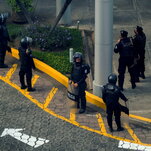 NICARAGUA DENIES ENTRY TO NEW YORK TIMES JOURNALIST AMID ESCALATING CRISIS
The refusal to admit the reporter comes amid a nationwide crackdown on journalists, opposition politicians and civil society groups.