Below are a few samples from the source, Asia Pacific (NYT).
To see the full set of articles, you must become a YourStream subscriber. 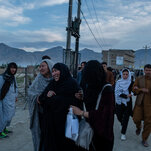 BOMBING OUTSIDE AFGHAN SCHOOL KILLS AT LEAST 50, WITH GIRLS AS TARGETS
The attack, which came at the end of a particularly violent week, underlined growing concerns about the American troop withdrawal. 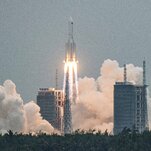 CHINA'S ROCKET DEBRIS LANDED NEAR MALDIVES: HERE'S WHAT TO KNOW
Most of the debris burned up on re-entry Sunday morning, China said. It was not clear whether any of what remained had landed on any of the Maldives's many islands.
MANZOOR AHTESHAM, WRITER WHO BROUGHT BHOPAL TO LIFE, DIES AT 73
He focused with forensic precision on his native city, which was marked by an industrial tragedy in 1984. He was among the thousands in India to die of Covid-19 in the last few weeks.