Below are a few samples from the source, Europe (NYT).
To see the full set of articles, you must become a YourStream subscriber. 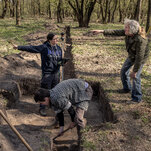 A SCRATCHED HINT OF ANCIENT TIES STIRS NATIONAL FURIES IN EUROPE
Czech archaeologists say marks found on a cattle bone are sixth-century Germanic runes, in a Slavic settlement. The find has provoked an academic and nationalist brawl. 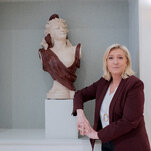 FAR-RIGHT LEADER REBRANDS FOR FRANCE'S PRESIDENTIAL ELECTION
Marine Le Pen, the far-right leader and main challenger to President Emmanuel Macron in next year's election, wants to persuade voters that she and her party can govern France. 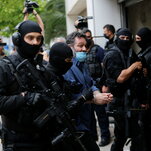 GREEK NEO-NAZI, A MEMBER OF EUROPE'S PARLIAMENT, SENT TO PRISON
Ioannis Lagos was a leading member of the extreme-right and now-defunct Golden Dawn, which rose to prominence in Greece's Parliament in 2012 at the peak of the country's financial crisis.