Below are a few samples from the source, Movies (NYT).
To see the full set of articles, you must become a YourStream subscriber. 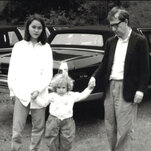 'ALLEN V. FARROW' EPISODE 2 RECAP: A FAMILY TORN APART
Seven months after the shocking discovery of Woody Allen's relationship with Soon-Yi Previn, he was accused of sexually abusing Dylan Farrow.
CHLO ZHAO BECOMES THE FIRST ASIAN WOMAN TO WIN THE GOLDEN GLOBE FOR BEST DIRECTOR.
Zhao also became the first woman to be named best director since Barbra Streisand won for Yentl almost 40 years ago.
'MINARI' WINS BEST FOREIGN-LANGUAGE FILM, BUT NOT WITHOUT CONTROVERSY.
The movie competed in the category even though it was filmed in the United States and its director, Lee Isaac Chung, is American.